by admin
in News

The Federal Emergency Management Administration and the National Weather Service briefed President Biden today on the “tremendously impactful” and powerful Arctic blast that has been rapidly plunging temperatures as it moves across the country.

NWS said this evening that the “historic winter storm” is going to “produce widespread disruptions to large portions of the nation heading into the holiday weekend” as about 60 percent of Americans — more than 200 million people — were under winter weather warnings or advisories.

In Cheyenne, Wyo., on Wednesday, the temperature plummeted from 43 degrees at 1:05 p.m. to 11 degrees at 1:14 p.m. as the front passed through at 1:10 p.m. The largest recorded temperature drop within an hour in the region was 47 degrees in northeastern Colorado.

The wind chill forecast through Christmas Day included -57 degrees in northern Montana and -4 degrees in the Big Bend border region of Texas. Even the southern tip of Florida was forecast to experience wind chills in the 30s. The front was bringing heavy snow to the Great Lakes region through northern New York state into New England.

“It’s dangerous and threatening. This is really a very serious weather alert here. And it goes from Oklahoma all the way to Wyoming, and Wyoming to Maine. And it’s of real consequence,” Biden said just before his meeting with FEMA and NWS. “So I encourage everyone — everyone, please heed the local warnings.”

The administration had been in contact with 26 governors in affected regions as of the briefing time.

“Much of our country is currently facing record-breaking cold weather temperatures that can carry significant threats. From power outages to sub-zero temperatures, we encourage people to take the necessary precautions to protect themselves, their families and their property,” FEMA Administrator Deanne Criswell said. “Those traveling for the holidays should also exercise extreme caution and heed warnings from local officials regarding travel conditions.”

NWS’ Weather Prediction Center said that their graphic of watches and warnings “depicts one of the greatest extents of winter weather warnings and advisories ever.” As of this afternoon, nearly 177 million Americans were under wind chill warnings or advisories, 11 million were under a blizzard warning, 65 million had winter storm warnings, and 500,000 had ice storm warnings.

“This storm will likely will have increasingly widespread impacts to travel going into the busy holiday travel time late this week, along with the potential for power outages from the expected high winds, heavy snows, significant icing and overall increased power consumption in places,” NWS said.

“Widespread record low maximum temperature are possible Friday from the Lower Mississippi Valley, northeastward into the Tennessee and Ohio Valleys and stretching across large sections of the east from the Southeast, through the Southern to Central Appalachians and into the Mid-Atlantic on Friday,” the Weather Prediction Center continued. “In addition to the very cold temperatures, high winds in the wake of the front will produce dangerous wind chill readings across nearly all of the central to eastern U.S.”

Areas in the Northern Rockies into the High Plains that experienced drastic temperature drops, meanwhile, could rebound to 40 to 60 degrees warmer by this weekend as the core of cold air focuses on the eastern part of the country. The low-level arctic air could also cause “significant icing” across the Pacific Northwest into Friday.

FEMA said today that it is expecting the worst impacts of the storm to be in eastern Wisconsin, Michigan, northern Indiana, northeast Illinois and northern Ohio, “including limited accessibility and travel due to snow covered roads, as well as power outages and wind chills well below zero.” The agency has been closely coordinating with FEMA regional offices as well as state partners.

“Additionally, FEMA has strategically located distribution centers throughout the country and agency teams are on standby to distribute commodities and equipment as necessary. Moreover, FEMA’s Regional and National Incident Management Assistance Teams are available to deploy at a moment’s notice, along with FEMA’s Urban Search and Rescue teams,” the agency said. “At the request of the Oglala Sioux and Rosebud Sioux Tribal Nations, FEMA is also pre-positioning generators and supporting equipment, and a FEMA staging management team and Army Corps of Engineers Power Team is prepared for rapid deployment and generator hook-ups if necessary.” 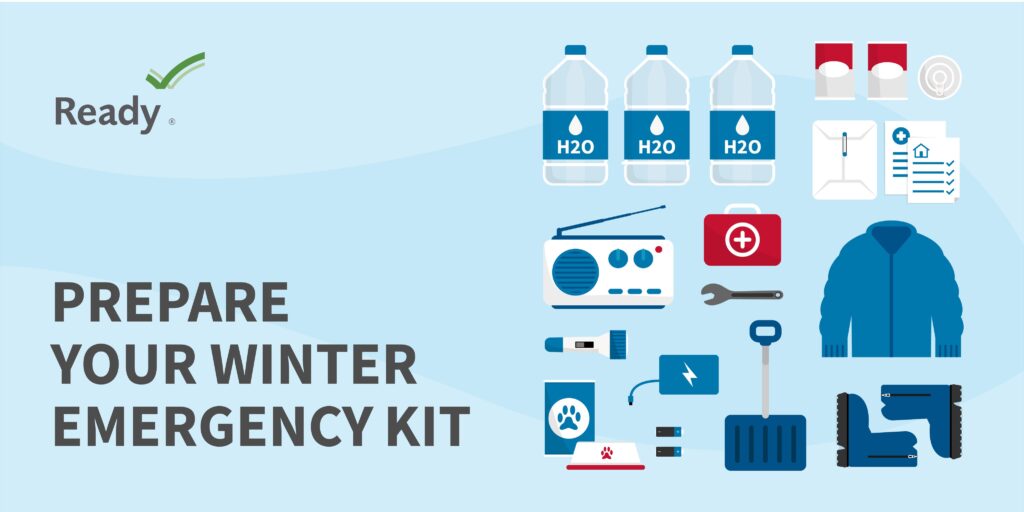